Sherman, Robert B. Sherman, and Terry Gilkyson — large footsteps in which to follow for composer John Debney, who was tasked with writing the new score. Debney basically grew up on the Disney lot, where his father was a producer, and clearly has a great respect for the studio and its heritage. As such, Debney approached scoring The Jungle Book with a real sense of purpose, trying to simultaneously pay homage to the music of his childhood, while bringing his own style to the film to bring it in to the 21st century. The end result is a triumph on every level, compositionally, emotionally, and historically, which combines some astonishingly beautiful passages of fully-orchestral glory with rampaging ethnic action music, as well as some brilliant and unexpected references to the song melodies that so many people love. The score was written for a piece orchestra and voice choir, recorded in Los Angeles, with added soloists playing Indian tabla percussion, bamboo flutes, and other exotic instruments. Debney builds his score around three recurring main themes: one for Mowgli, one for Shere Khan, and one for the majestic elephants whom the other animals revere as the almost god-like creators and guardians of the jungle. 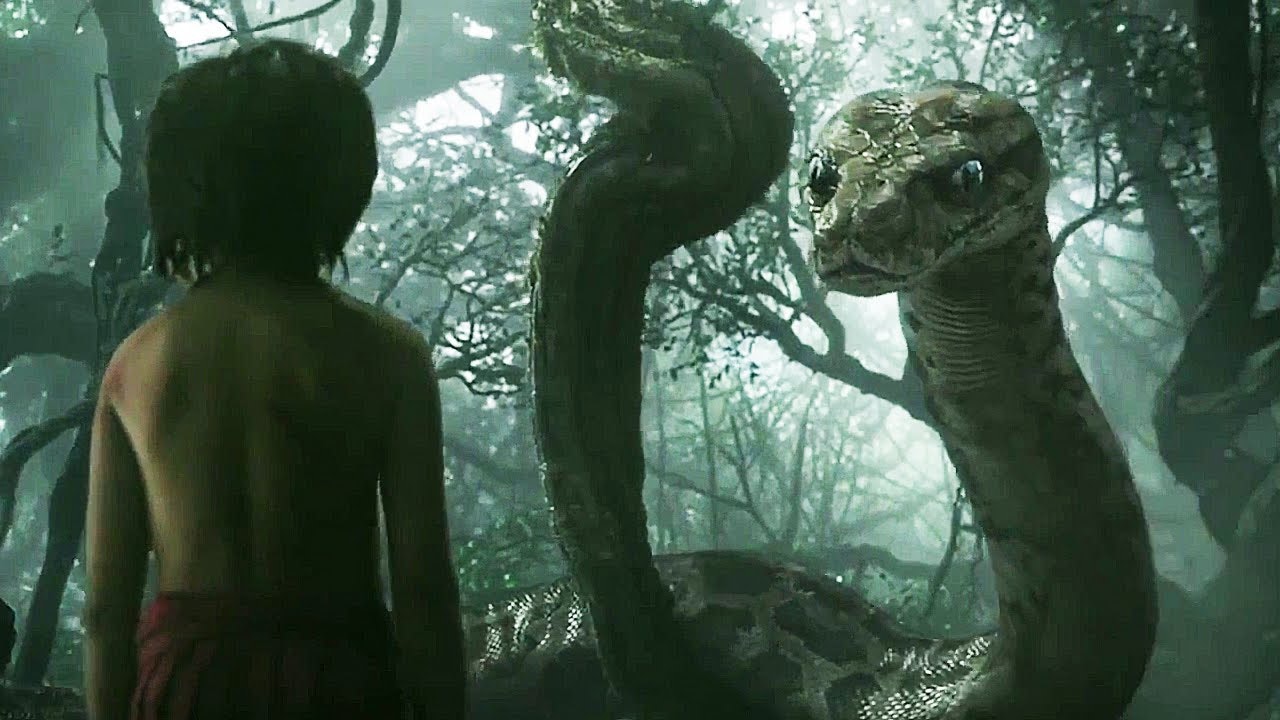 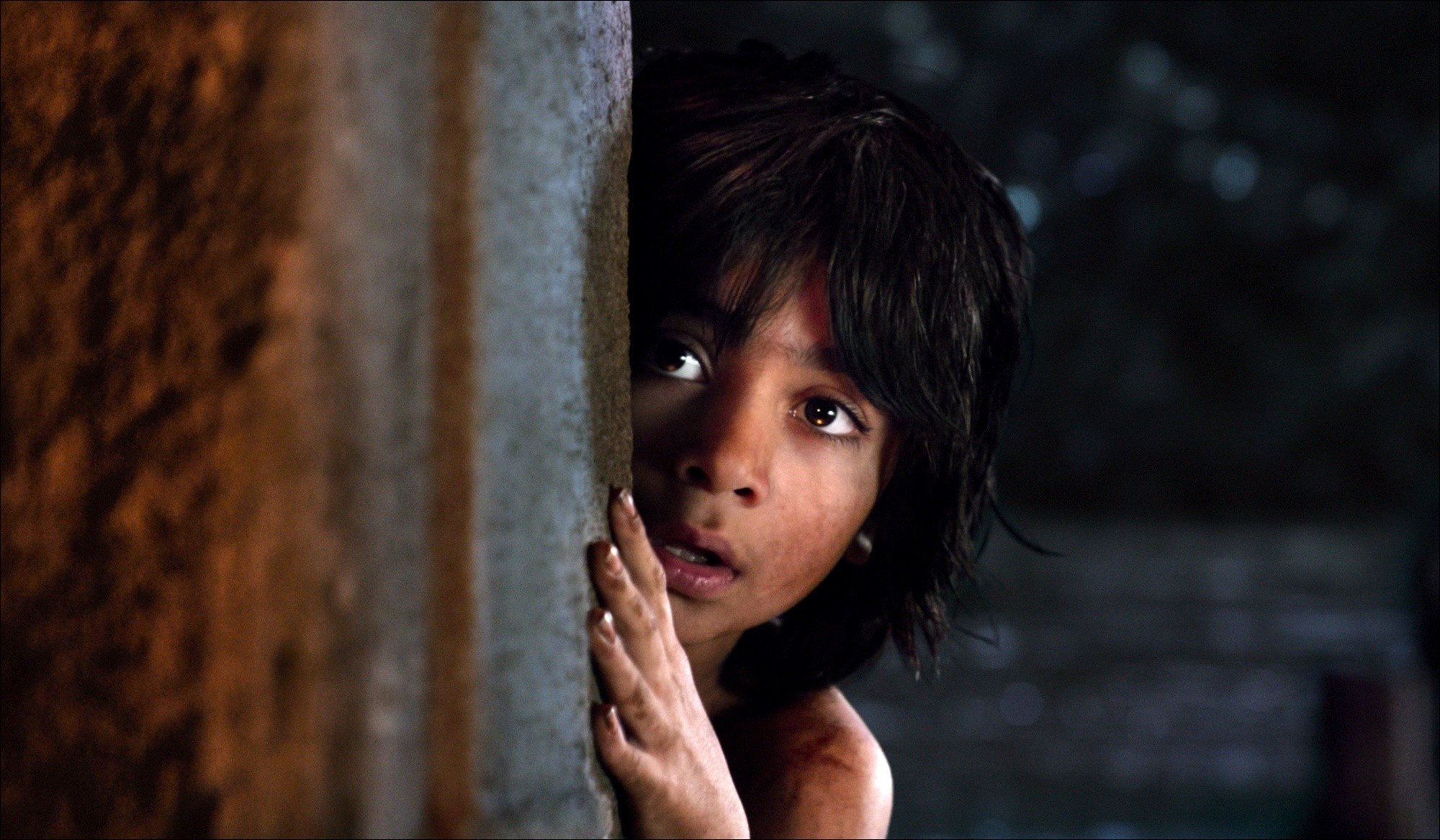 Elephant Waterfall. Mowgli wins the Race. The Jungle Book Closes. I Wan'na be Like You Christopher Walken. The Bare Necessities Terry Gilkyson.

The New ‘Jungle Book' Isn’t A Musical, But Fans' Fave Songs Will Still Be Present

John Debney feat: Trust in Me Richard M. The Jungle Book. Wolves - Law of the Jungle John Debney. The animals are required to bow in respect.

Neither Hathi and his son, Hathi, Jr. Bagheera and Mowgli get separated after Shere Khan attacks them, as opposed to Bagheera leaving Mowgli behind due to arguments.

Kaa is female and only appears once in the film unless you count singing " Trust in Me " during the credits. Baloo meets Mowgli from saving him from Kaa. Kaa and Baloo also never interact with each other in the original. While in the animated film, he meets Mowgli after Bagheera abandons him. Bagheera finds Baloo and Mowgli when they're floating downriver instead of playfighting.

Bagheera tells Baloo about Shere Khan's determination to kill Mowgli before the boy gets captured by the monkeys. Baloo lies to end his friendship with Mowgli, as opposed to being honest about the Man-Village crises.

King Louie is a villainous Gigantopithecus instead of a comedic orangutan. Baloo and Bagheera's plan to rescue Mowgli differs as well. In the original film, Baloo disguises himself a female monkey and joins the dance party while Bagheera tried to retrieve Mowgli unsuccessfully.

The plan is exposed when King Louie knocks off Baloo's disguise.

The New ‘Jungle Book' Isn’t A Musical, But Fans' Fave Songs Will Still Be Present

In this movie, Baloo simply strolls into the temple and creates a large distraction by talking loudly and acting like a fool while Bagheera sneaks in and signals Mowgli. They nearly escape, until a monkey notices and sounds the alarm. Furthermore, in the original film, the plan is concocted by Bagheera although Baloo is distracted by the music and dances away , while in this film, Baloo is the one who comes up with the plan.

The Man-village only appears briefly and is never actually visited. Shere Khan dies in the climax, whereas he escaped alive in the original. Mowgli stays in the jungle in the end, while in the original, he hears a girl singing as she fills her jug at a river and follows her back to the man-village. Shere Khan and Kaa never interacted at all with each other. 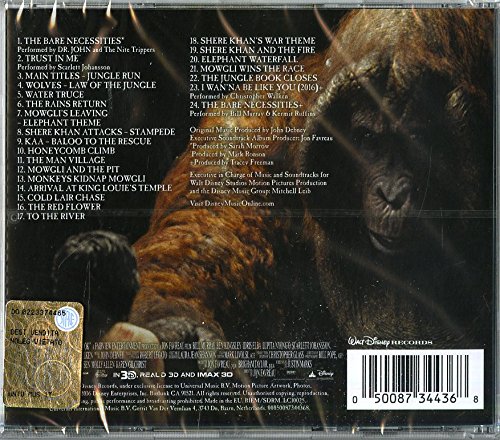