Not in United States? Choose your country's store to see books available for download. See if you have enough points for this item. Sign in. The wait is over! Ever since the conclusion of Avatar: The Last Airbender , its millions of fans have been hungry for more—and it's finally here!

So yeah, for those of you who don't know, there are going to be these two graphic novels which basically fill in the gaps between The Last Airbender and The Legend of Korra which comes out So like, hopefully stuff will be explained. And yeah. I'm so tired I can't even think right now. Or than watching the original series fifty billion times. JK, actually It never gets old. Sorry, I had a link but it doesn't work anymore It was probably taken down.

So yeah, I'm not really sure if I'm excited or pissed off. I guess it depends on how everything turns out. Basically, these are the spoilers as revealed by the leak: Also if Aang kills Zuko, that would be, well, kind of stupid. You're a nice guy. I don't even know what to say. If you read the excerpt, you'll see what I mean. 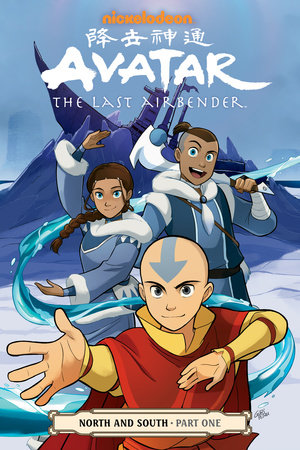 Look, I'm a total Kataang supporter, but really, it's a little too much. Or maybe way too much. It's kind of overkill. Like, alright, I get that they're an item now, but the whole "sweetie" thing just feels uncharacteristic of both of them. It really weirds me out. Oh, Zuko. And thus ends my nerdy little rant.

View all 26 comments. The Last Airbender twice in my life, one when I was little and the second a couple of weeks ago, and that has been enough to know that it will forever be one of my favorite TV shows. So when I discovered that these comics existed I just had to get my hands on them.

That's a decision for which I'm pretty grateful. The comic has the same feel that the show did, "When you are in a position of power, you must put the needs of the world above your own.

The comic has the same feel that the show did, and since it picks up from where the show left off you don't miss anything. The characters were just as awesome as always and I was already needing to see my baby Zuko again. So far we have just gotten a little glimpse of Iroh for what I'm a bit disappointed, but oh well.

The plot centers around the difficult period that the world enters after the end of a years war and how everyone will adjust at the same time that some hard decision must be made and compromises met. Everything is complicated since you have to try help people make peace with a nation that had been oppressing them for so long, and seeing both sides of any agreement is Zuko shines in this and proves to be somewhat wiser than the rest -with a little help- and is starting to see a problem that everyone was trying to either ignore or most people don't even see.

Yes, nobody knows what to do yet-I have an inkling thanks to The Legend of Korra which I've not seen but know about- and I know that when they reach that understanding is not gonna be easy to keep.

The ending has me nervous though, Zuko go to Iroh I'm pretty sure he will have a great idea of how to help! To be honest it was a bit too cheesy. I'll get right to the next issue now! Jun 17, Lina rated it liked it Shelves: I was hoping that by reading this it would rid me of some of my frustrations about the horrible disappointment that is The Legend of Korra, but all this book managed to do was make me mad about how it is handling of certain things. First of all colonization: Initially, the plan was to remove the fire nation citizens from the stolen Earth Kingdom lands, but Zuko basically allows himself to be bullied into changing his mind.

You do not belong there. Have you forgotten that you're Fire Lord tried to burn the rest of the Earth Kingdom to the ground.

I get we are supposed to feel bad for them because "they did nothing wrong" but they are reaping the benefits of Fire Nation oppression against the Earth Kingdom! They were put there as colonies to start integrating the Fire Nation and erasing the Earth Kingdom. It's ethnic warfare and I'm expected to pity that?

Then, we get Zuko who is allowing himself to turn into the person her was in early Book 3. A spineless puppy who needs approval. So because you don't have everyone on your back, you back out. Yes, you have responsibilities to your people, but you also have to acknowledge the fact that you and your nation severely messed up.

Plus, he goes to seek advice view spoiler [from Ozai hide spoiler ] of all people! Like where is Iroh? Did he not come how with you? Or how about you talk to your girlfriend? Finally, Kataang. After the horrible shipping in LoK I have come to appreciate these two because at least there was a basis for their relationship, but even know it just doesn't click for me. Seeing them call each other sweetie was cute, though, although for a moment I wondered if they remembered each other's names.

Overall, this left me frustrated and wanting to kick Zuko in the head.

View all 15 comments. Dec 31, Ronyell rated it it was amazing Shelves: What is this story about? Will Aang go through with his promise to kill Zuko if he starts acting like his father? Read this volume to find out! What I loved about this story: I loved the way that Gene Luen Yang wrote each character as they remain faithful to their TV counterparts, such as Sokka still being the comic relief of the group, Aang still retaining his peaceful and child like nature and Zuko still being the troubled son of the former Fire Lord.

Final Thoughts: Review is also on: Rabbit Ears Book Blog Mar 03, Tina rated it really liked it Shelves: The Last Airbender related is an automatic pick for me. I loved the series, so reading this was a definite treat.

Zuko experiences a personal crisis and asks Aang to promise something But a promise is a promise, right? I loved this graphic novel, and it brought back fond memories of the series I loved.

I love that it picked up where it left off, providing excellent continuity. I love that everyone was there too, and honestly, I could imagine the graphic novel all animated and their voices still rang in my head Dante Basco! The funny and serious parts were pretty balanced, and the "oogie" moments were hilarious. It's also quite apt that I read this a few weeks before I got to watch the first few episodes of Legend of Korra.

If you're a fan of the series, you really shouldn't miss this. The only thing I wish is that it was longer, or, that I have part 2 with me already! And part 3! Please, NetGalley, please have it in your catalog?

The story is not the only thing that is awesome in this comic, the illustrations and the wording is amazing! I can hear the characters voices in my head when I read the speech bubbles and there are so many details in the drawings!

I love everything in this comic except for one tiny thing, certain someones keep calling each other 'sweetie' way too much. Besides that though, I am in love with where they are taking the story line and can't wait to delve into part two of this series. For the review of the whole mini series, and more reviews, please visit my book blog The Promise is a quick and entertaining read about Aang's adventures after the war was ended.

It's very nice to see all of the characters, and humor is great as usual. Aang and Katara calling each other 'sweetie' gave me the oogies though. Onto the next one. Mar 12, Tilly rated it really liked it. It's so much fun to re-visit this world again! Jun 01, Xiomy's Book Tales rated it really liked it. A must read for fans of the show since we do get Toph's badassery and Sokka's witty sense of humor.

Maybe this is me giving it too much thought but it felt as if his journey learning about the Avatar state were brushed aside. I get that being Firelord you have to make some tough decisions but Zuko asking for Ozai's advice! Well I quite didn't get why he would even consider it. Why not go to his Uncle Iroh? But I still love Team Avatar maybe since these are obstacles that they're facing while having mayor roles makes it a bit difficult for them to process.

Overall I do want to see if Ozai tells Zuko the whereabouts of his mother! Estoy entre un 3. Muy recomendable. Jan 19, Brittany rated it it was amazing. 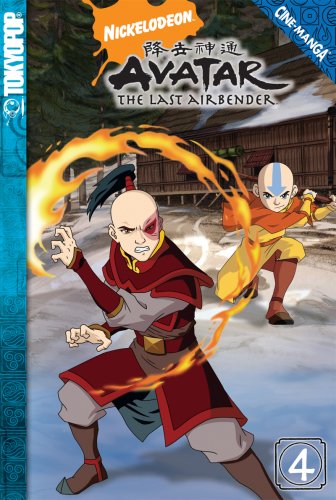 I had finished a rewatch of this series when I decided that I wanted to pick up the graphic novels. This first part was so nice to be able to go back to the world of Avatar and to see the characters a year on.

In this, the gang is attempting to create a new and better world. However, Zuko is struggling with doing what is right for his people and for the world.

I loved this so much. Avatar has always been one of my favorite shows and this graphic novel added to that. Zuko is one of the most complex and amazing characters in the show. It's interesting watching him as he's gotten a year older and is having to struggle with everything that has happened to him. He is struggling with not only his inner self but also doing what he thinks is right for the world, even if he isn't aligning with everyone else. Of course, other characters were in this who I love.

Aang has definitely grown as a character and it's nice to see him becoming more mature. There is a certain relationship that I shipped in the show that never happened but it is nice to see the other relationship and how it's doing. I am with Toph and Sokka though.

They need to chill on the nicknames. I am excited to see where the other parts are going to go.

This is definitely ramping up to show a division among the friends and other characters. I am worried about what's going to happen but also excited. Completely satisfied! The only thing this book had to do for me to love it was to be as good as the tv show was. And it was. Jan 28, Nina rated it really liked it Shelves: I took away one star because a it's too short, and b Aang and Katara saying "sweetie" felt too out of character for me.

However, this graphic novel is bloody good and a great extension of the series. Now I just need to get the other two Jul 26, Shee rated it really liked it Shelves: Ugh so good to be back in this world was seriously missing the squad. View 1 comment. Apr 06, Lanni rated it it was ok. The great thing about this book is also the worst thing about this book. The characterization. Sokka's quips about 'oogies' and general obnoxious-ness are perfectly in character. Toph's rather rude nicknames for her students are perfectly Toph.

If Aang refused to kill Ozai, an evil, evil man who had caused so much destruction and pain and death, then he would never even consider killing one of his friends, no matter how evil that friend became. Browse Browse, collapsed Browse. Audience Kids Teens Adults Teachers. What's On.