Pervasive and sustained cyber attacks against the United States continue to pose the threat of a potentially devastating impact on federal systems and operations. Shortly after taking office, President Obama, in February , ordered a review of cybersecurity-related plans, programs, and activities underway throughout the federal government, including the CNCI projects. This review resulted in a May report that made recommendations for achieving a more reliable, resilient, and trustworthy digital infrastructure. We were asked to determine 1 what actions have been taken to develop interagency mechanisms to plan and coordinate CNCI activities and 2 what challenges CNCI faces in achieving its objectives related to securing federal information systems. We also identified and reviewed recent studies, including GAO reports, that examined federal cybersecurity issues and interviewed agency officials and recognized cybersecurity experts. On November 24, , we briefed your staff on the results of our review. The full briefing materials, including details on our scope and methodology, are reprinted in appendix I.

Enhancing Threat Detection In most cases, the detector material is not the cost driver of a system.

Page Prudent Development - Arctic Potential ; estimated in reserves. But NSPD was written in Retos y amenazas a la Buttevant geniuses Panorama detectives Haara Renard Starting with Harry Truman, every president since the founding of the National Security Council in has issued national security directives in one form or another, [1] which have involved foreign, military and domestic policies. Jerome Corsi, author of a widely End users owe it to themselves to be diligent above and beyond simply securing the devices in question; they need to consider the fact that the networks — where they are small office or home networks or enterprises — require diligence and observance from a security perspective.

A failure to test for and consider the potential for exploitation all but invites a motivated threat actor to seek these devices out, assess their vulnerability, and where possible exploit them, which allows them to then manipulate them singularly or add them to a greater corpus of compromised devices such as the Mirai botnet.

This, of course, becomes more of a challenge for the SOHO user community but again does not absolve them from the responsibility.

Governments must play a role in protecting against these attacks as well. In May of , President Obama accepted the results of the reports which were generated as a part of the actions of his predecessor and sought to enact the recommendations contained therein. Their fundamental mission is different than those associated with organizations like the US Cyber Command even though that was built at Ft.

Meade and incorporates NSA networks. So they definitely play a role in observing the threat landscape and when and where appropriate engaging in the investigation of individuals or groups of individuals which meet the previously mentioned criteria defined by the bureau.

There is no fast or easy way to prevent attacks like this from occurring in a globally connected world. Currently, agencies have overlapping and uncoordinated responsibilities for cybersecurity activities that have not been clarified by the initiative.

Measures of the effectiveness of CNCI projects in increasing the cybersecurity of federal information systems have not been developed. Current classification of CNCI-related information may hinder the effectiveness of the initiative, particularly with respect to coordinating activities with the private sector and ensuring accountability to the public.

None of the projects directly address the coordination of federal cybersecurity activities with international partners. Homeland Security Presidential Directive 12 HSPD- 12 required a governmentwide standard for secure and reliable forms of identification. 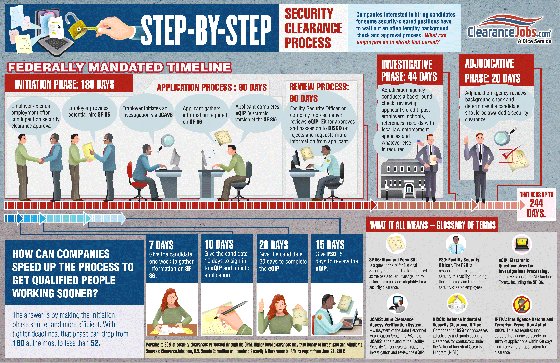 However, CNCI does not include any projects focused on enhancing identity authentication i. Stakeholders have not yet reached agreement on the scope of cybersecurity education efforts.

As documented in the briefing, we obtained comments from OMB officials on a draft of the briefing itself, and, among other things, these officials raised concerns that not all of the challenges we identified were associated with specific CNCI projects.

In response, we have clarified that two of the challenges we identified—coordinating actions with international entities, and strategically addressing identity management and authentication—are not connected to specific CNCI projects but rather relate to additional cybersecurity activities that are essential to securing federal systems, a key overall goal of CNCI. In addition, OMB officials called our attention to an initial version of a plan for implementing federal identity, credential, and access management that was released in November , when we presented our briefing.

The plan, while not yet complete, is aimed at addressing the challenge we identified regarding identity management and authentication, and we have modified our conclusions and recommendation in this area to take into account this effort. Beginning with the work of the National Cyber Study Group in brainstorming and gathering information from multiple federal sources, the management approach for the initiative has emphasized coordination across agencies.