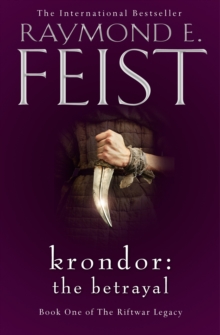 The three boys who once were the closest of friends, are now worlds apart: Pug, a slave of the Tsurani; Tomas, a warrior amongst the elves; and Arutha, the Prince of Crydee. Glass, Tim Seeley, Hugo Petrus] Raymond E. Feist, Bryan J. Glass is the author of Raymond E. Feist's Magician Master 4.

As he moved among the pools, he felt the coolness in the wind turn to a deeper, wetter cold. The day began to be broken by a patchwork of shadows as the first clouds passed before the sun, bright colors fading to shades of grey. Out to sea, lightning flashed against the blackness of the clouds, and the distant boom of thunder rode over the noise of the waves.

Pug picked up speed when he came to the first stretch of open beach. The storm was coming in faster than he would have thought possible, driving the rising tide before it. By the time he reached the second stretch of tide pools, there was barely ten feet of dry sand between water's edge and cliffs. Pug hurried as fast as was safe across the rocks, twice nearly catching his foot.

As he reached the next expanse of sand, he mistimed his jump from the last rock and landed poorly. He fell to the sand, grasping his ankle. As if waiting for the mishap, the tide surged forward, covering him for a moment. He reached out blindly and felt his sack carried away. Frantically grabbing at it, Pug lunged forward, only to have his ankle fail.

He went under, gulping water. He raised his head, sputtering and coughing. He started to stand when a second wave, higher than the last, hit him in the chest, knocking him backward. Pug had grown up playing in the waves and was an experienced swimmer, but the pain of his ankle and the battering of the waves were bringing him to the edge of panic.

He fought it off and came up for air as the wave receded. He half swam, half scrambled toward the cliff face, knowing the water would be only inches deep there. Pug reached the cliffs and leaned against them, keeping as much weight off the injured ankle as possible. He inched along the rock wall, while each wave brought the water higher.

When Pug finally reached a place where he could make his way upward, water was swirling at his waist. He had to use all his strength to pull himself up to the path. He lay panting a moment, then started to crawl up the pathway, unwilling to trust his balky ankle on this rocky footing. The first drops of rain began to fall as he scrambled along, bruising knees and shins on the rocks, until he reached the grassy top of the bluffs. Pug fell forward exhausted, panting from the exertion of the climb.

The scattered drops grew into a light but steady rain. When he had caught his breath, Pug sat up and examined the swollen ankle. It was tender to the touch, but he was reassured when he could move it: He would have to limp the entire way back, but with the threat of drowning on the beach behind him, he felt relatively buoyant.

Pug would be a drenched, chilled wretch when he reached the town. He would have to find a lodging there, for the gates of the castle would be closed for the night, and with his tender ankle he would not attempt to climb the wall behind the stables.

Besides, should he wait and slip into the keep the next day, only Megar would have words for him, but if he was caught coming over the wall, Swordmaster Fannon or Horsemaster Algon would surely have a lot worse in store for him than words. While he rested, the rain took on an insistent quality and the sky darkened as the late-afternoon sun was completely engulfed in storm clouds.

His momentary relief was replaced with anger at himself for losing the sack of sandcrawlers. His displeasure doubled when he considered his folly at falling asleep. Had he remained awake, he would have made the return trip unhurriedly, would not have sprained his ankle, and would have had time to explore the streambed above the bluffs for the smooth stones he prized so dearly for slinging.

Now there would be no stones, and it would be at least another week before he could return. If Megar didn't send another boy instead, which was likely now that he was returning empty-handed.

Pug's attention shifted to the discomfort of sitting in the rain, and he decided it was time to move on. He stood and tested his ankle. It protested such treatment, but he could get along on it.

He limped over the grass to where he had left his belongings and picked up his rucksack, staff, and sling. He swore an oath he had heard soldiers at the keep use when he found the rucksack ripped apart and his bread and cheese missing.

Raccoons, or possibly sand lizards, he thought. He tossed the now useless sack aside and wondered at his misfortune. Taking a deep breath, he leaned on his staff as he started across the low rolling hills that divided the bluffs from the road.

Stands of small trees were scattered over the landscape, and Pug regretted there wasn't more substantial shelter nearby, for there was none upon the bluffs. He would be no wetter for trudging to town than for staying under a tree. The wind picked up, and Pug felt the first cold bite against his wet back. He shivered and hurried his pace as well as he could.

The small trees started to bend before the wind, and Pug felt as if a great hand were pushing at his back.

Reaching the road, he turned north. He heard the eerie sound of the great forest off to the east, the wind whistling through the branches of the ancient oaks, adding to its already foreboding aspect. The dark glades of the forest were probably no more perilous than the King's road, but remembered tales of outlaws and other, less human, malefactors stirred the hairs on the boy's neck.

Cutting across the King's road, Pug gained a little shelter in the gully that ran alongside it. The wind intensified and rain stung his eyes, bringing tears to already wet cheeks. A gust caught him, and he stumbled off balance for a moment. Water was gathering in the roadside gully, and he had to step carefully to keep from losing his footing in unexpectedly deep puddles. For nearly an hour he made his way through the ever growing storm. The road turned northwest, bringing him almost full face into the howling wind.

Pug leaned into the wind, his shirt whipping out behind him. He swallowed hard, to force down the choking panic rising within him. He knew he was in danger now, for the storm was gaining in fury far beyond normal for this time of year.

Great ragged bolts of lightning lit the dark landscape, briefly outlining the trees and road in harsh, brilliant white and opaque black. The dazzling afterimages, black and white reversed, stayed with him for a moment each time, confusing his senses. Enormous thunder peals sounding overhead felt like physical blows. Now his fear of the storm outweighed his fear of imagined brigands and goblins. He decided to walk among the trees near the road; the wind would be lessened somewhat by the boles of the oaks.

As Pug closed upon the forest, a crashing sound brought him to a halt. In the gloom of the storm he could barely make out the form of a black forest boar as it burst out of the undergrowth. The pig tumbled from the brush, lost its footing, then scrambled to its feet a few yards away.

Pug could see it clearly as it stood there regarding him, swinging its head from side to side. Two large tusks seemed to glow in the dim light as they dripped rainwater.

Fear made its eyes wide, and it pawed at the ground. The forest pigs were bad-tempered at best, but normally avoided humans. This one was panic-stricken by the storm, and Pug knew if it charged he could be badly gored, even killed. Standing stock-still, Pug made ready to swing his staff, but hoped the pig would return to the woods.

The boar's head raised, testing the boy's smell on the wind. Its pink eyes seemed to glow as it trembled with indecision. A sound made it turn toward the trees for a moment, then it dropped its head and charged.

Pug swung his staff, bringing it down in a glancing blow to the side of the pig's head, turning it. The pig slid sideways in the muddy footing, hitting Pug in the legs. He went down as the pig slipped past.

Lying on the ground, Pug saw the boar skitter about as it turned to charge again. Suddenly the pig was upon him, and Pug had no time to stand. He thrust the staff before him in a vain attempt to turn the animal again.

The boar dodged the staff and Pug tried to roll away, but a weight fell across his body. Pug covered his face with his hands, keeping his arms close to his chest, expecting to be gored. After a moment he realized the pig was still. Uncovering his face, he discovered the pig lying across his lower legs, a black-feathered, cloth-yard arrow protruding from its side.

Pug looked toward the forest. A man garbed in brown leather was standing near the edge of the trees, quickly wrapping a yeoman's longbow with an oilcloth cover. Once the valuable weapon was protected from further abuse by the weather, the man crossed to stand over the boy and beast. He was cloaked and hooded, his face hidden. 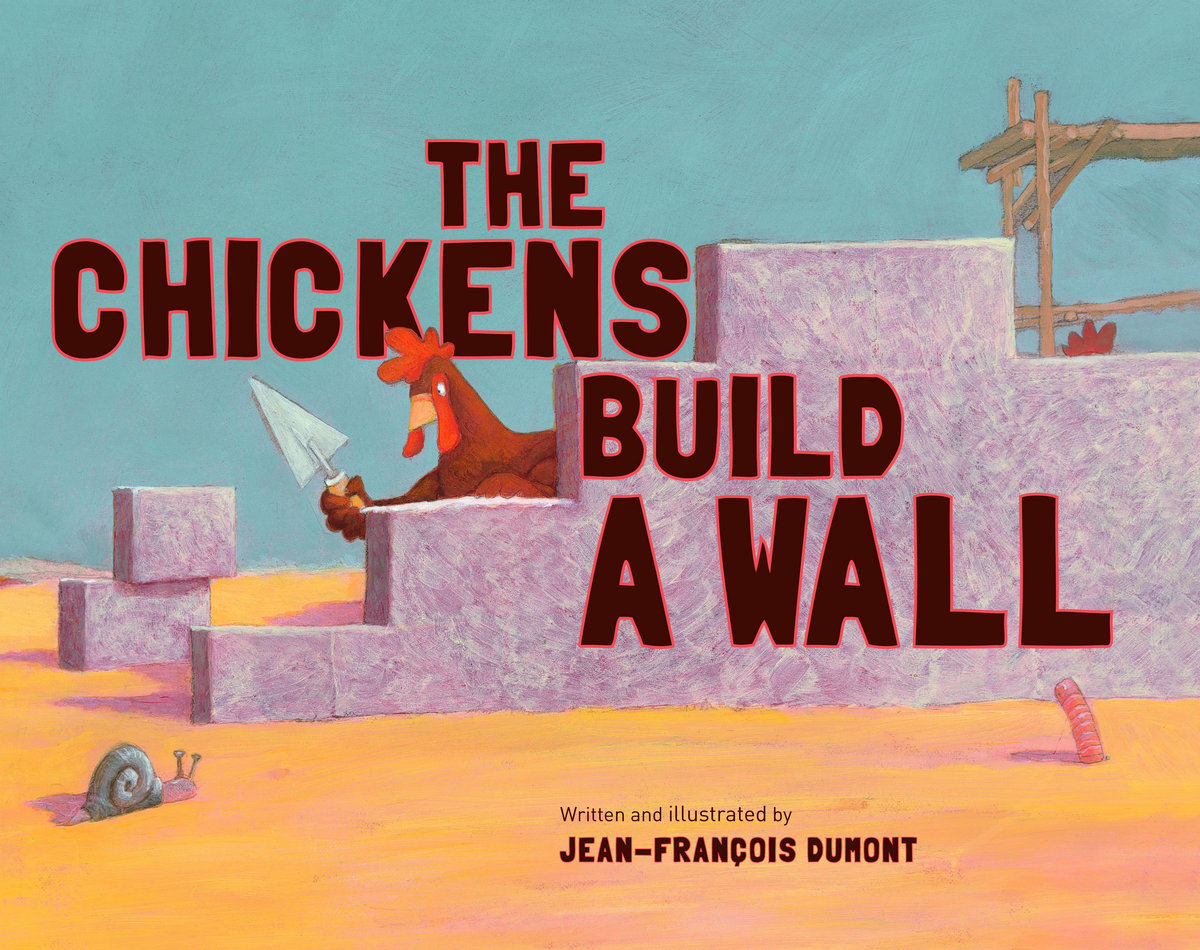 He knelt next to Pug and shouted over the sound of the wind, "Are you 'right, boy? His right side smarted, and his legs felt equally bruised. With his ankle still tender, he was feeling ill-used today, but nothing seemed broken or permanently damaged. Large, meaty hands lifted him to his feet. Pug took them while the stranger quickly gutted the boar with a large hunter's knife. He completed his work and turned to Pug. You had best lodge with my master and me. It's not far, but we'd best hurry.