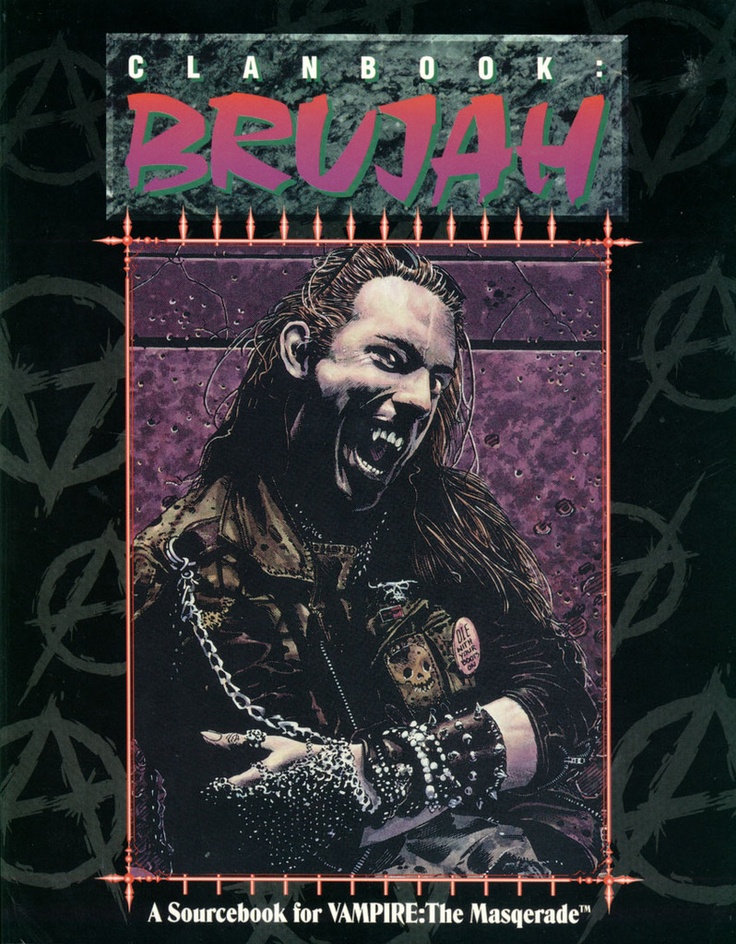 The Masquerade: Dust to Dust Publisher: White Wolf Release Date: Until , I had only ever played two tabletop RPGs: I owned a third my father downloadd for me called Lords of Creation , but neither my friends nor I had any interest in playing it. Then that fall of , I saw two games on the shelf of my local B. Dalton Remember those?

Its population has halved itself in 40 years, many of its buildings are burned husks, its citizens are disenfranchised and out of work, and even its predators have fled. Of the many Kindred who once hunted this small Midwestern city, only a handful remains. Modius , the Prince of Gary, continues his long rivalry with the Anarch known as Juggler. But their struggles are becoming increasingly irrelevant.

If things continue, Gary won't have enough mortals to sustain even a small number of vampires. The Kindred aren't willing to let the city crumble just yet, though. Juggler and Modius have hit upon a scheme to revitalize the city's importance for Kindred, though each wishes to claim the credit and the rewards for this renewal. While they snipe and strike at one another like two starving wolves fighting for the last scrap of meat on the carcass, the Giovanni Maria DiMatto seizes her chance.

Retrieved from " https: Cancel Save. Rich Thomas. Genevieve Podleski. Also , I really, really, really hated when I'd play in VtM games set in smaller cities and there'd be, like, 20 vampires. That completely blew suspension of disbelief for me. So I guess the aim was to help Gary die. To show that vampires, as monsters, have kind of faded from the public consciousness sparkly wimps nothwithstanding and been replaced by zombies. And to show that the "old guard," the elders that the characters might have heard of and feared, are paper tigers now.

They're almost irrelevant because the world has changed so much. So not parody, precisely, but I see your point. I have not read the adventure in question. I didn't even know it was out yet. I just am thinking up stuff from these posts. Well, there is an idea that I started with back in 1E and now am back to being favorable of. After all, the Camarilla is designed to protect the Traditions. The Traditions are designed to protect the Princes, except in case of the Masquerade. If something to threaten the Masquerade happens outside the Prince's domain, it does not threaten them, but if it does, it threatens them.

Thus, Princes are conservative and claim only what they can control with an iron hand. Certainly, the Prince of Chicago controls the downtown and much of the valuable territory, but the outlaying suburbs are left to the other vampires who are proving their own worth. He would be surrounded by dozens of other princes of other domains that he would have to deal with while not worrying about what happens in their domain.

If something happens that upsets the Masquerade in their domain, he can only benefit form keeping it covered up, and all blame would go to the Prince of that area. Thus there are thousands of minor 5 status Princes out there ruling their own little domains.

What does the Prince of Dallas care for what happens in the domain of Arlington? It allows a pressure release for neonates and ancilla that are stifled by higher status Prince's rules, while keeping them in the area. Meanwhile, minor Princes strive to gain vassals and have more vampires under their control to rise in status.

Lodin 1E is a status 5 vampire is seen as a Prince with many vampires under him, but no better than those around him who have smaller domains under their absolute control. This is because he is not in complete control.

He has a primogen to deal with who are arguably as powerful as he is. The Masquerade although not the drama that seems to go hand-in-hand with the game , but Dust to Dust brought it all home for me. There were familiar faces like Modius and Juggler and the decrepit hellhole that is Gary, Indiana — all updated for Of course, the real Gary, Indiana is pretty dismal to begin with, so you can only imagine how bad it is in Dust to Dust.

Unlike most tabletop adventures that take place in a linear fashion, the nine scenes that comprise Dust to Dust unfold in a more organic way. White Wolf has patterned this adventure after a sandbox style video game like Batman: Arkham City or Grand Theft Auto.

Basically some scenes happen when they feel appropriate to the Storyteller and others may not happen at all.

The adventure mentions how Dust to Dust was run at the Grand Masquerade this year along with what was emphasized and what was left out. After all, those types of adventures are meant to unfold in a specific order. Not so here. This ensures the adventure can be run in a multitude of different ways. Maybe one Storyteller wants to focus on the sociological necromancy bit.

Maybe another wants to focus on the Juggler-Modius feud finally climaxing. Perhaps another wants to run the entire thing in the exact order the scenes were published in. I love how flexible Dust to Dust is this is one thing that was oft cited as missing from White Wolf penned adventures. I really enjoyed the cast and characters of Dust to Dust although it was a bit sad to realize that this would be final death for some, if not all, of the NPCs contained here.

There are some great new enemies here that deserve a chance to be repeating villains rather than one-shots. The adventure claims it can be played by newcomers to V: That tends to be a problem with V: Newcomers to V: They can still play through Dust to Dust and even enjoy it, but this was definitely written primarily for White Wolf mainstays rather than being friendly to new gamers.

The other issue is the art. I was a bit disappointed to see the art quality here. Usually V: TM products have amazing art.

Instead Dust to Dust either reuses old art from first and second edition releases or it uses some truly terrible computer generated art. I realize the industry has fallen as a whole over the year, but honestly, the art in Dust to Dust was more depressing than either Gary or its remaining Kindred.

The Masquerade is known for. Anarchy Subsidized.