'Dead Heat' is the fourth book in Patricia Briggs' insanely addictive 'Alpha & Omega' urban fantasy series. We haven't had a new instalment in. Read "Dead Heat" by Patricia Briggs available from Rakuten Kobo. Sign up today and get $5 off your first download. Praised for having “the perfect blend of. Alpha and The Omega Series By Patricia Briggs On The Prowl 1. Cry Wolf 2. Hunting Ground 3. Fair Game 4. Dead Heat. 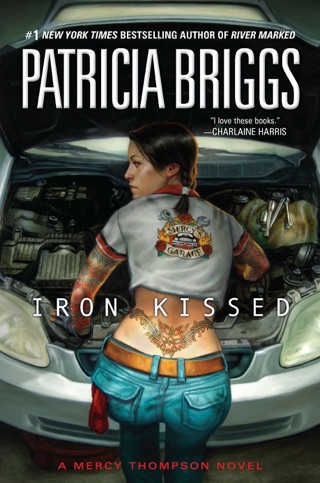 Short fiction, anthology entries, and miscellaneous publications Adventures of Sword and Sorcery, 6: My first short-story sale. The story was called Wishing Well. Silver Birch, Blood Moon: A fairy tale anthology. My story, The Priceis a retelling of Rumplestiltskin. Wolfsbane and Mistletoe: An anthology of christmas-themed urban fantasy short stories. It's a heartwarming story of how murder and deception can bring a family together.

Strange Brew: This is an anthology of witch-based stories edited by P. Elrod featuring stories some of my all-time favorite authors.

Of course, I had to sneak a werewolf into the mix. And a dash of romance, and a snippet of revenge. Eye of newt, wing of bat. My story is called Seeing Eye. The first four episodes have been published as a book in cooperation with Del Rey.

Visit an old friend who wouldn't be around much longer, download a horse for Anna's birthday and have a break from the emotional strain that being the werewolves' hitman always puts on Charles.

But sometimes trouble finds you even when you least want it and when a Fae goes around replacing children with changelings right on their friends' doorstep, Charles and Anna will do their best to find the threat and eliminate it. If I had to use one word to describe this book it would be beautiful.

There really is no other word that could describe the bond that Anna and Charles share, or how the book manage to sneak in life lessons without becoming too philosophical and condescending, or even how the author's love for horses showed through the pages. Dead Heat was my favorite book in the series so far and that wasn't because of it's spectacular plotline although it did have one , or the great writing and it was great , or the interesting side characters they were!!

Dead Heat was my favorite because of Anna and Charles. What these books usually have in common is main characters that are loud or impulsive or bossy or mean or stubborn or commitment-phobes or flighty or high-handed or a combination of the above. The couples in these books are usually full of passion and badass and quite impressive on paper but in real life they would have probably driven each other mental a long time ago.

Anna is soft and calm, she can be a badass if the situation demands it of her but her usual first reaction isn't "off with their heads" the moment something goes south. She first tries to find a peaceful way out of things, she chooses her words and doesn't let her mouth run ahead of her. I like my badass, impulsive, stubborn heroines but Anna is a nice change to all that. Charles is a tough guy and he knows it.

He is collected, calm and rational and although he is pretty scary he is his father's hitman after all and radiates menace by default, he doesn't try to intimidate every single person he meets into submission. 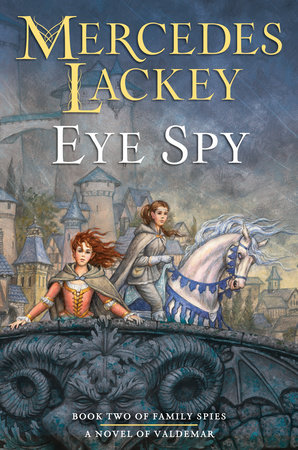 But what is really special about them is their relationship. Anna and Charles have a relationship based on mutual respect, understanding and love.

They both know when to push the other person and when to just be there for them. They don't have loud fights followed by silent treatments.

They don't go at each other's throats over silly misunderstandings. They talk their problems through and find solutions that both can live with. That may seem a bit less exciting than the full-on passionate relationships with the big arguements and even bigger make ups but in the end of the day it is more grounded and easy to believe it will last in the long run.

Okay, enough of my praise of the protagonists now I won't include the plot because I'm afraid I'll use spoilers and since the book isn't even out yet that would be kind of bad, even for me.

I will say though that Patricia Briggs has created, once again, a great suspense story that manages to keep you engaged and excited even when nothing major really happens. I honestly couldn't put this book down once I started it.