Let me know what you think or if there is stuff you would want added or think should be expanded. Primer of the Nentir Vale R- Looks good to me! Only things that come to my mind are maybe persons of interest and info about the Nentir River. R- Re: Nentir Vale 4e setting Tue Jan 31, am Sorry for being late to the party, but I was wondering the same thing a week or two back. Apparently, it has a decent following and, despite 4e's overall failure, had remained fairly popular. You shouldn't have any issues finding resources on the setting. I'm rather fond of the "points of light" concept, and wouldn't mind if WotC explored this setting a bit more.

Every single group gets a nice bit of background written about it, along with snippets of rumors and legends believed by the peoples of the Nentir Vale. Each one includes several pieces of information that could easily be reworked into meaningful adventure hooks for use in your game.

This edition has come a long way since the initial Monster Manual released in — and this product really shows that in spades.

I love my minis and, having over of them gives me enough variety to almost always come up with minis that match my encounters. But even so, I love the fact that tokens for each monster in the book are included in the set.

I counted tokens total, for new creatures, meaning that there are several that come with more than one token when appropriate e. One difference between these tokens and the tokens that came in the original monster vault is that these tokens are made with a matte finish.

This matches the Shadowfell: Gloomwrought and Beyond box set, which also has matte finish tokens, but not the DM kit, which has shiny tokens like the MV. I own multiple copies of every dungeon tile set, and I troll for maps anywhere I can find them.

I consider it a huge bonus when I get a usable map with a product. The history described by many of the entries in this book paints a fabulous picture of the area and provides some very interesting legends that the DM could mine for their game. Example: One 4 paragraph history lesson about the River Rats of Fallcrest page 94 tells so much about that area of town that it is more than a just lesson regarding the organization, but also doubles as a way to get an adventuring party involved, be it on the side of the merchants or the gang of miscreants known as the River Rats.

This is not an isolated example — several groups have write-ups that inspire a willing DM to flesh out a particular legend and use it to hook the players and their PCs.

Note that I picked an example in which some information 1 paragraph and a stat block was already known from other products, but most of this book contains completely new material — in those cases just as much interesting background and legends are written.

So stick to digest format! It would go well with the other essentials books on the shelf and would feel more a part of the modern 4e known as Essentials. I understand that we can store our tokens in the original monster vault box, but what are we to do with the book? Dragonborn and Hammerfast , hardbound classic 4e books e. Underdark and the DMG , digest sized Essentials books e.

Also read: HARRY POTTER AND THE CHAMBER OF SECRETS EBOOK

Not really a big deal, but I prefer the digest format — they look nice and the essentials digest books were generally of good binding quality — so why not stick with that?

This product introduces creatures to the reader, only 39 of which are higher than level None are higher than level Granted, the back of the book says that it provides challenges appropriate to the Heroic and Paragon Tiers of play, but still — when is WotC going to give us some Epic Tier support in their monster manual products? Maybe so, but why not give them a reason to return to their roots then? What if they were born there and now a very big, very bad creature is trying to get at them and it is using their history as a weapon and threatening the place from which they hail?

That is plausible and yet, not doable with the current product. I have come to the conclusion that the reason no one is playing Epic Tier is that there is no support for Epic Tier. Because I want a campaign guide.

I love campaign guides and this product really makes me want to see a Nentir Vale campaign guide which WotC scratched from their product page, by the way. I like the idea of a campaign guide to describe the areas of interest in even more detail than offered in the DM Kit or other supplements.

I want to read more about the history of the area, the groups that were defeated and the names of the heroes that defeated them. I want to know what the crests and symbols of the various political factions and villainous groups of the past 50 years in the Vale look like.

Harkenwold: A cluster of small villages along the White River, the Harken wold consists of independent settlements that have come together under the banner of Baron Stockmer. The barony has drawn the attention of the Iron Circle, an army of mercenaries from a city far to the south. The band's leader, Lord Vhennyk, sees Harkenwold as a vulnerable spot where he and his soldiers can gain a foothold for an eventual invasion of the entire vale.

The Gravelstokes, one of the Nerath Empire's most prestigious families, rose to prominence by perfecting the art of assassination. Today, what's left of the family is sequestered in an unassuming mansion in the Harkenwold area while they prepare to regain their lost influence by once again offering their murderous services to the highest bidder. The largest body of water in the Nentir Vale, Lake Nen stretches for nearly fifty miles across the southern edge of the Winterbole Forest.

The eastern end supports the nearby village ofNenlast, whose residents ply the waters for fish that they trade with the dwarves ofHammerfast and other groups.

The shoreline of the northwestern end of the lake is part of the dominion of the Frost Witches, an eclectic group of magic-users who pay homage to the evil elemental prince Cryonax.

The witches wield the power of cold to brutal effect, whether recruiting new members into their fold or kidnapping innocents. Although small groups of Frost Witches might be encountered anywhere within the Winterbole Forest, the largest concentration resides in the headquarters along the lake's edge that the group calls Cold Camp. 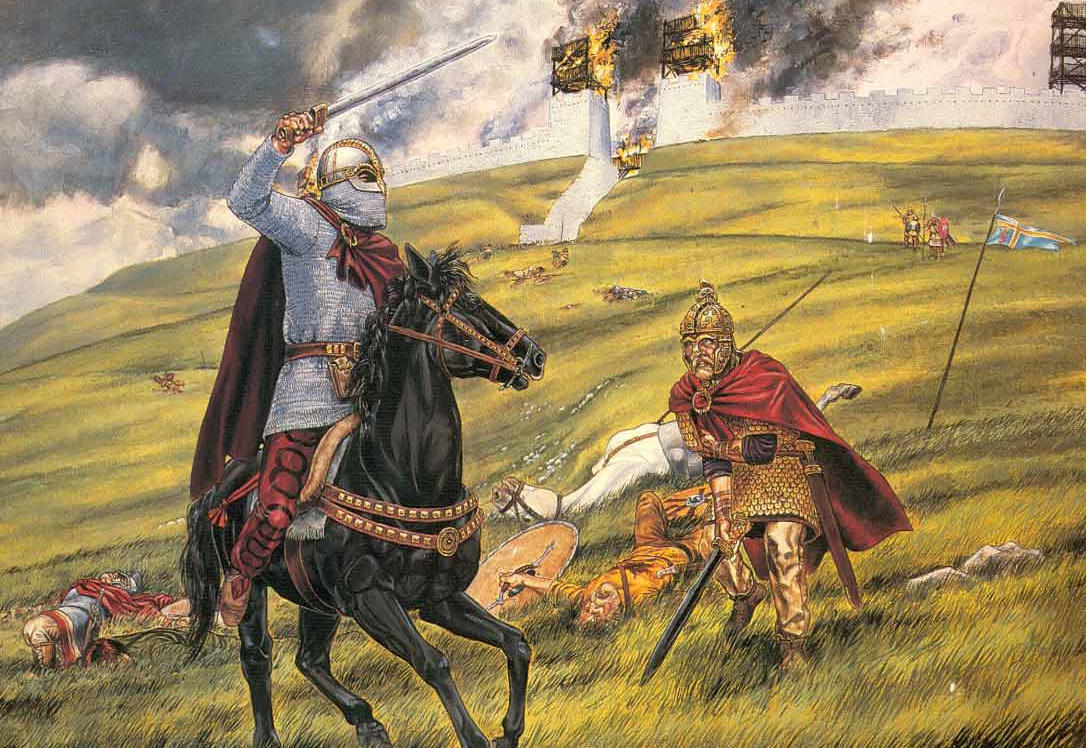 Adventurers who explore the lake shore might come upon a band of dragonborn, part of the group known as Dythan's Legion, as they search for clues to the location of an ancient Arkhosian enclave believed to be in this area.

Legatus Dythan and his troops are determined to see the dragonborn empire restored to its former glory. Lake Wintermist The fog that blankets Lake Wintermist is a year-round phenomenon, belying its name. The lake is inhospitable for most creatures, but those that thrive in frigid climes, such as white dragons, can be found here in abundance. From time to time, someone passing through this area might come across an angry troll-or perhaps even a pair of them.

The twin troll brothers Hurly and Burly both lair in caves not far from the lake-despite the fact that they can't stand each other. When they get into one of their family feuds, anyone who crosses their path could become a target of their rage.

Moon Hills This cluster of rugged terrain between the Nentir River and the King's Road is not rife with monsters and other villainous types, thanks mainly to the proximity of Fallcrest and the vigilance of its town guard. But there are threats in this area.

The people ofFallcrest tell stories about the Dark Drake of the Moon Hills, a sinister reptile that leads a pack of other evil drakes. These tales get more and more dramatic in the retelling-even though few claim to actually have seen one of the creatures.

The hills also occasionally play host to terrors that wander out of either the Witchlight Fens or the Harken Forest, including goblins, lizard folk, giant spiders, and other random monsters in search of new prey. Ogrefist Hills Partially framing the western edge of the vale, this area has few redeeming qualities in the eyes of those who know of the place or have visited there.

Somewhere in these hills hides the mouth of a tunnel leading up from the Underdark that the drow known as the Hunter Spiders used to reach the surface.

When the tunnel collapsed a mile underground just a few years ago, the Hunter Spiders became stranded in the vale. It's not known whether the tunnel could be reopened from this side.

A detachment of the corps of dragonborn known as Dythan's Legion is active here, exploring rumors that a remnant of the old Arkhosian Empire lies somewhere in the caverns beneath this area. The mysterious Temple of the Yellow Skulls, nestled among the rugged hills, might be the most infamous location in the area. The ancient temple is rumored to be the depository of powerful magic relics known as the Yellow Skulls. In days long gone, the first human settlers in the Nentir Vale made their homes in this region of rolling hills.